There are countless instances of how YouTube can carry a person or act out of obscurity to the height of celebrity. It has created an alternate road to fame that had never existed - and happily, more entertainment than could ever have been possible before, thanks to the internet's virtual lack of limits on time and space.
Australia's 5 Seconds of Summer are one of the best examples of this kind of meteoric rise. They began by posting videos of themselves performing various covers in 2011 and 2012. That got them noticed, and they rose to real-life stardom while touring with One Direction on their Take Me Home tour.
Now 5SoS is massive everywhere. If you're a fan, welcome to the band's special section, where you'll find more than 90 quizzes to test your fandom on everything from lyrics to trivia to family info and more. It's a 5SoS fan feast! Indulge yourself now.

Do you really know 5sos?

Do you really know the 5sos lyrics?

How well do you know the band 5 Seconds Of Summer?

5 Seconds Of Summer is an Australian punk rock band. You say you love their music, but how well do you actually know them? 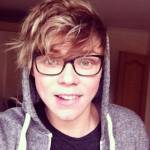 You will need to answer 10 questions if you answer correctly you pass make to answer in either true or false.

Test your knowledge on the boys and their music

Guess the song, finish the lyric, or guess which album it’s from?

How well do you know 5sos?

How well do you know 5 Seconds Of Summer? ??