With a name like Billie Eilish Pirate Baird O'Connell, you'd definitely expect something and someone a bit different.
Yep, uniqueness is what this insanely cool and talented singer-songwriter delivers, not just musically but personally. She's a bit of a contradiction, preferring baggy clothes but also endorsing Calvin Klein's sleeker lines. She often looks tough, but has stated she's never used drugs or smoked. She openly admits to having Tourette Syndrome, synesthesia, and in the past, depression.
Unlike so many superstar songstresses, Billie Eilish is perfectly imperfect and totally relatable. And once Ocean Eyes got out there, there was no stopping the first - and as of this writing - only artist born in the 2000s to record a #1 single in the United States, who has so far eight gold and four platinum singles, also in the U.S.
But we don't have to tell you she's awesome, do we? Because you stan for Billie and worship the very air she sings into, right? So why not take some tests on her right now?

How good do you know Billie Eilish?

True or False-How well do you know Billie?

How Well Do You Know Billie Eilish?

Here are 10 true/false questions about Billie Eilish, so you can see how well you know this amazing singer-songwriter! Please share my quiz with your friends who are also Billie Eilish fans!

Billie Eilish. Are you a real fan?

Are You A True Billie Eilish Fan?

I am a massive Billie Eilish fan, so I thought it would be fun to make a quiz for others to see how big of a fan THEY are! Questions cover Billie's songs, their lyrics, and also some facts about her.

his is a quiz I created especially for you, the Billie Eilish-lover! I've chosen some of her best lyrics - all you have to do is choose which song they are from. Step right up and test your skills! Please share with friends and see if they can beat your result!

Do you know Billie Eilish? 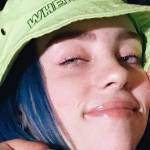 Are you a real Billie Eilish super fan?

Rayyan (21319)
28 days ago
I love*infinite you Billie eilish
Natalie (50693)
38 days ago
I LOOOOOOOOOOVE YOU Billie eilish and my favorite coller is green just like you.
Kiyara (72549)
72 days ago
I luv Billie am OMG SHES MY IDOL I wanna meet her so bad
Eaviels (10970)
73 days ago
Omg I am a big big big fan ahhhhhhhhhhhhhhhhh omg omg OMG ahahhahahah haha 😂 ahhhhhhhh love u billie ❤️
Emilia (20526)
80 days ago
Billie Eilish is the absolute BEST singer ever.
billie lover (97985)
95 days ago
billie is the sweetest most honest person ever. she is always true about herself and i love her music. every single day i listen to her like right now i am listening to her. i love billie!!!!!!!!!!!!!
tomalina (52608)
120 days ago
i wove billie
ramen (79490)
120 days ago
billie i love you with all my heart.i'd do anything to see you. you are the most gifted person in the world. don't stop being amazing! 💜
Karol (32412)
148 days ago
Billie, you are the sweetest, bravest, hottest, most adorable and most stunning person on earth. Don't let anybody change who you are. You have a huge army behind you, and I will proudly lead that army wherever you want me to. I LOVE YOU SO MUCH!💘
YEEEETTT (98632)
171 days ago
I LOVE LOVE LOVE BILLIE EILISH ANYONE AGREE WELL TOUGH CAUSE WETHER U LIKE IT OR NOT I AM OBSESSSSSSSSSSSSEEEEEEEEDDDDDDDDDD
billie eilish. who doesn’t love — (30880)
220 days ago
billie slays and needs to make a ROBLOX account so we can play together
Chilli pizza spices (10767)
221 days ago
Hi everyone! If your against any type of abuse then please repost this message onto another quiz! Hopefully we can make everyone who do these quizzes aware that abuse and violence is never good!
Thank you for your time and I hope you all have a great day because you are wonderful and beautiful!
insane billie fan (03932)
239 days ago
I cry when people get merch,im not selfish I just love billie too much.i hate that people all over the world pretend to like her.im sad that she's popular not in a rude way but in a way that I hate fake fans.i love her to much I make fan art everyday,dont judge me but I know ALOT about her
Wiktoria (36799)
242 days ago
I love Billie so much I wanna go to her concert and I watch her interview listen to her music and even watch her everyday pls take Billie to read all these comments thank you
Fellow Earthling (13232)
244 days ago
Why would you cry because a celebrity isn't your bff?
1•2•