IQ Tests -» Artificial Intelligence - is it already smarter than you?

Artificial Intelligence - is it already smarter than you?

What is Artificial Intelligence?

A valid definition of the term Artificial Intelligence (AI) cannot yet be found in research literature yet. So, we will just describe the essential aspects of AI here.

Basically, AI research tries to better understand how our brains work and to transfer the resulting knowledge to a computer. The result, the so-called 'neural networks', can be used to solve a wide range of problems. Just as our brains develop through learning, neural networks must also learn. They are first fed a large amount of data, then go through a 'training phase'. The networks can then be used to solve tasks.

A distinction is often made between "weak" and "strong" AI.

Simply put, any device running with artificial intelligence can be put into one of two groups: General or applied AI. More commonly used are the terms Strong AI and Weak AI.

Strong AI is a machine that can answer any question posed to it. It has its own consciousness and possesses at least all the abilities a human has. However, such a machine only exists in the realm of science fiction. It is essentially a simulation of human intelligence, also called Artificial General Intelligence (AGI).

At the current rate, it will take us decades until we get close to utilizing Strong AI. And many are asking the important question:

Would we as humans even be able to handle sentient and self-aware artificial intelligence? 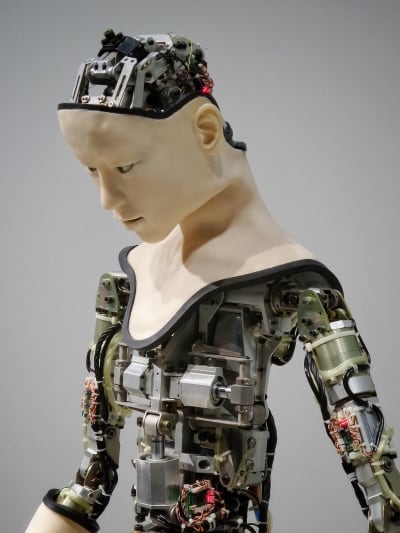 Weak AI is our current reality. It employs complex algorithms that solve specific problems after first learning the solution paths independently. Weak AI can replace a single human cognitive ability - and, of course, has no consciousness. 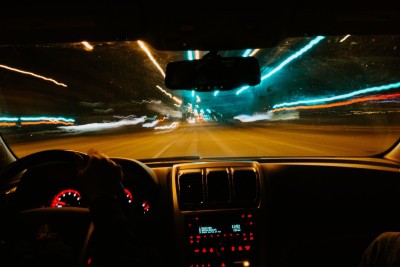 Virtual assistants like Apple's Siri, and the type of Artificial Intelligence used in self-driving cars, are examples of weak AI. Companies like Tesla are using Artificial Intelligence to distinguish themselves from their competitors by making their cars largely autonomous - impossible without AI! And it is still in question whether self-driving cars can be as reliable or even better than the human brain. It will take a bit more time and research before we can safely sit back and let our cars do the driving while we sleep or work.

A variety of AI methods have already been developed. These are being applied in:

Are Artificial Intelligence and Machine Learning the same?

Think of how Ultron in Avengers: Age of Ultron combs through the internet at the beginning of the movie to learn everything there is to know about human history and developments. Artificial neural networks process data at an excessive speed. This subset of machine learning is a method called Deep Learning. The machine can do this on its own and is then able to solve problems without our help and make fast decisions - often much faster than us humans can.

Therefore, machine learning is the product of our inherent laziness. We did not only want to teach machines to work for us, we found a way to make them teach themselves through deep learning.

For this to work, Ultron - as well as his less developed peers more commonly known in our real world, has to be able to understand language in text and verbal form. This process is called Natural Language Processing. When mastered, the machine reaches a level previously known only by humans, thus leading to a somewhat equal form of human-like intelligence.

And that is where the question arises:

How intelligent is AI?

To answer this question meaningfully, one must first ask what is meant by 'intelligent'. If a brain and consciousness are assumed for intelligence, then only strong AI systems are intelligent. We will recall that strong AI only exists in theory (such as in science fiction). 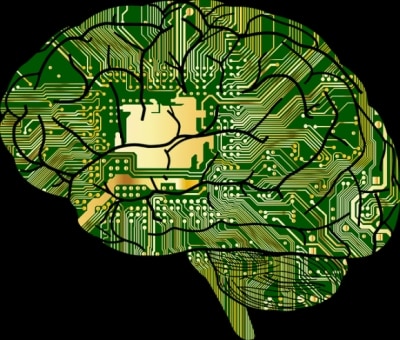 The English computer scientist, cryptanalyst, mathematician, and theoretical biologist Alan Turing developed a test in 1950, aptly named the Turing Test, which is meant to show whether a machine exhibits intelligent behavior. Today, however, it seems more important to answer the question of how well a system can perform tasks. For example, how well can it recognize faces or translate text into another language? For AI systems, the answer depends on the data it has been trained with.

How does AI work?

In AI, methods developed in computer science and mathematics are used to reproduce intelligent behavior by means of mathematical models. This behavior is then simulated using computer systems. The aim is usually to recognize patterns in large amounts of data and to use them to accomplish certain tasks.

The topic of artificial intelligence encompasses many methods and applications, each of which has different modes of operation. Computer systems are trained to perform specific tasks, often by processing large amounts of data and recognizing patterns.

The development of AI can be divided into the following stages: perceiving, processing, learning, and acting.

One example of this type of Artificial Intelligence is:

That means facial recognition is Artificial Intelligence. The machine can only recognize something it has learned before.

Other AI systems provide an output - for example, taking a text and producing a visual or audio translation. Think automated real-time translators or automated captions are one example. The machine has learned to recognize different words and even speech patterns, and then chooses the words most similar to the sounds it hears and, in the case of translators, provides the foreign equivalent. If you look closely, automated captions sometimes change within milliseconds. This happens when the machine recognizes a phrase, even when the individual words were harder to understand.

Do you recognize the process? We talked about it in an earlier chapter. Automated captions, Real-Time Translators, Amazon's Alexa, or Apple's Siri are only possible because of Natural Language Processing.

The extraordinary thing is, Artificial Intelligence can access information (acquired through deep learning) much faster than humans can. It makes those little things in life much easier. But does faster mean better - let alone equal? 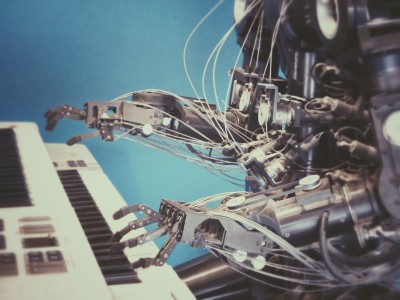 Can intelligence be imitated with the help of technology?

An analysis shows that intelligence is shaped by both genetic and environmental influences.

It begins with the triggering of impulses in our cerebral cortexes. These are then sent to or received by the nerve cells of our brains. These impulses enable us to process and store information, to think, and to control our movements. Even though the frontal and lateral lobes of the brain are particularly important for intelligence, the interconnection of the individual brain areas also plays an essential role.

To replicate the brain in a computer system, it is necessary to know how it works. A typical brain is made up of about 100 billion nerve cells, each connected to the others by up to 1,000 synapses. The brain performs its tasks by passing information through the synapses at a rate of quadrillions of impulses per second. 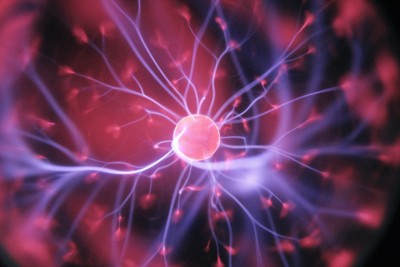 Artificial neural networks are being used in AI research to technically reproduce the brain’s biological processes. The interaction of nerve cells and synapses is believed to be simulated by neurons and their connections.

A neuron is a simple information processor. The connection of many neurons creates a complex network. Neurons receive signals they pass on to other neurons via the connections.

When you consider the sheer number of neurons and synapses in a human brain, it becomes clear that today's computer systems and developed neural networks are still miles, even galaxies, away from simulating even individual parts of the brain. This makes it seem impossible to technically imitate intelligence as measurable in the brain.

The most advanced AI technology currently available seems to be a chip developed by Intel that contains 130,000 silicon neurons that link up independently, depending on the task at hand.

As limited as they are, today’s neural networks can be used to perform a wide range of tasks, such as image processing or speech recognition used in early warning systems, or for process optimization.

What all computer systems lack, however, is self-awareness and the ability to summarize/abstract.

In the end, despite great strides having been made, technology’s ability to perfectly imitate intelligence remains elusive.

Are you ready to take an IQ-Test?

Other IQ-Tests
How do I improve my IQ?
Different types of intelligence
What you always wanted to know about IQ!
Will I become smarter by exercising?
Artificial intelligence - is it already smarter than you?
Sayings about IQ