Do you know someone who identifies as being aromantic? If you’ve ever wondered what this orientation is all about and what it's actually like to be an aromantic person, here's a Q&A article you might find interesting!

The word “aromantic” has been appearing more and more in social and other media lately, thanks to a greatly increased focus on LGBTQ+ stories and issues. But if you're clueless about aromantics, don't feel like you must be an ignorant person. A lot of other people have never heard of this type of romantic and sexual orientation, either. Read these Q&As to get a better idea of what it means to be aromantic.

What is an 'aromantic' person?

Typically, a person's sexual orientation is based on who they are attracted to, but being aromantic is altogether different.

While most people love to experience romantic attraction and can't wait to share all their romantic stories with anyone who'll listen, aromantic people identify differently. They are not driven to be in romantic relationships. For whatever reason or reasons, romantic love is just not something they crave. Aromantic people are perfectly satisfied to be "just friends" with other people.

For those who love feeling romantic and who want to always have someone special in their lives, the idea of NOT wanting to experience romantic attraction is probably a mind-blowing concept. How could anyone survive life without romantic relationships? However, for their own reasons, an aromantic person just doesn’t want to be romantically attracted to anyone. 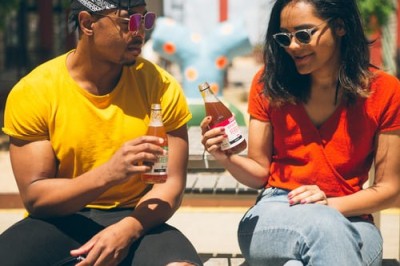 Do aromantic people have love lives?

It might seem like being aromantic means the unthinkable for most people - totally going without a love life. But the truth is that many aromantic people do date and have close relationships with different people. They just feel uncomfortable with the idea of making those relationships romantic and prefer platonic love.

Is it true that aromantics don’t want families?

That's a big "nope"! Just because aromantic people prefer not to have romantic relationships and to not experience romantic feelings toward others doesn’t mean they don’t want to settle down and have a family. After all, you don’t need to feel romantic attraction or sexual attraction to love a child and to have an emotional bond with them. For most people, parenthood is a next-level experience from romantic or sexual relationships, and aromantics want to experience that, too.

It's true that some aromantics have no desire to date or to find someone to share their lives with. Instead, they choose to focus on family and friendship as their outlet for human contact. So, some aromantics will eternally be single and happily enjoy many fulfilling platonic relationships. But many in the aromantic community DO want to find someone to build a life and settle down with - just without feeling any romantic attraction toward them.

If they do find someone willing to accept their lack of romantic attraction, aromantics will usually end up having kids with, getting married to, and living out a relatively normal relationship with this person. As mentioned before, it just won't be a romantic relationship.

Are aromatic people the same as asexual people?

Don't confuse aromantic with asexual! Aromantic and asexual (slang: "ace") are completely different sexual orientations! While aromantic individuals don’t feel romantic toward others, as humans, they still experience sexual attraction, are open to having a sexual relationship, and - like many or most people - enjoy sex.

Conversely, asexual people don’t feel sexual attraction toward others, don't crave sexual relationships, and in many cases, don't want to ever be sexually attracted to other people. However, they are open to feeling romantic attraction and emotional connection. Many asexuals desire romantic love, and want to develop romantic attachment and be emotionally intimate in a traditional romantic relationship. 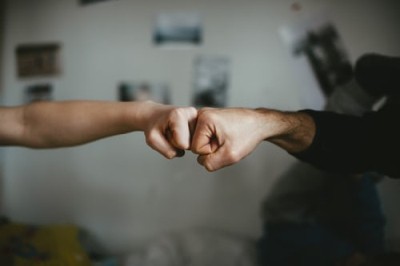 Wait, what? You don’t have to feel romantic attraction to someone to want them to give you physical affection and the sense of emotional support it naturally brings! Being human, people who are aromantic like to cuddle and enjoy physical intimacy just as much as anyone else does. But they don't equate doing so with having romantic feelings or with being in a romantic relationship. Again, the terms aromantic and asexual should not be conflated.

Are aromantic people afraid of commitment, or just out of touch with their own feelings?

This notion is a favorite of aromanticism-deniers. Because they don't believe this type of romantic orientation could possibly be real, they trot out this trope to explain why some people wouldn't want to feel romantic love or to be in romantic relationships.

The truth is that people who are aromantic can definitely commit. They just don’t pursue romantic love.

Do aromantic people have normal emotions?

Come on, now! Someone not having romantic feelings and not wanting to experience romantic connection doesn't make them a psychopath or a sociopath. It's a romantic orientation, not a straitjacket!

Can aromantic people feel love for others?

Aromantics feel love just as much as anyone else. They just do so in a different way. They love their family and their friends with all their hearts. However, they just don’t fall in love with people in a romantic way or seek out romantic relationships.

Why would anyone want to be in a NON-romantic relationship?

Here are a few possibilities. Note that these might or might not be an aromantic person's reason(s) for choosing their orientation. Also, people shouldn't automatically be labeled "aromantic" just because they have these reasons for being in non-romantic relationships.

It flies in the face of what most people consider a "relationship," but some people stay in partnerships where there is no romance because it's easier than being alone in some or many ways. Selfish? It depends. Sometimes the other person has no idea of the truth. But often, there's a tacit, or even formal, understanding of what's going on by both people.

Some people just can't bear to hurt their partner and would rather suffer from their own diminished or non-existent happiness than deal with any guilt. Still, others stay in relationships without romantic love out of a sense of duty or responsibility. For whatever reason, this is more important to them than having romantic feelings for their partner. They also might feel they owe their partner something or that the person wouldn't be able to get along without them.

Not everyone loves the same way. Sometimes you just know that you care deeply for another person and want to make them happy, but romance has nothing to do with the way you feel. 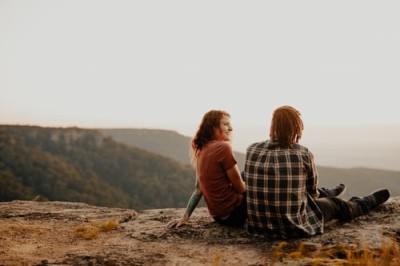