Did you know there are more than 925,000 identified species of insects on this planet? Yikes! And probably many more that haven't even been discovered yet. Kind of makes the old skin crawl, huh? And just think how many of those are spiders! (Just remember, now - "they're more scared of you than you are of them"!)
So wth do insects have to do with Pokemon characters? Glad you asked! Actually, Satoshi Tajiri was inspired to create Pokemon by his childhood pastime of insect collecting. Not everyone's jam, for sure...but in his case, it worked out pretty well, since Pokemon is one of THE most beloved franchises on the planet. His math was a bit off, as there are *only* 809 fictional species of Pokemon. But we can give this genius a break, right?
Anyway, you've landed on our section of Pokemon personality quizzes. As you might expect, we have loads of tests here for you to take. What kind of fairy, Sinnoh Region, starter or fighting Pokemon are you? Those are literally just the tip of the iceberg! If you want to find out which Pocket Monster you're the most like, better get started on these tests now! 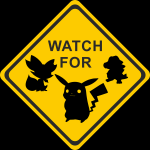 Which Starter Pokemon Am I?

Ever wondered which starter Pokemon you would be? Looks like the answer must be yes, since you're checking out my quiz! It will help you find out whether you're the most like Charmander, Froakie, Totodile, Snivy or Torchic. Try it now! 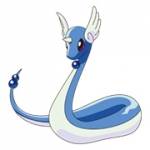 What Kind of Pokemon Am I?

Why do you do all the silly, crazy, smart, awesome, intriguing things you do? Are you Pikachu, Bulbasaur, or another Pokemon? Why am I asking you all these questions? What kind of Pokemon are you? You'll just have to take the test and find out!

Which Pokemon Are You?

With the introduction of Generation V and its 156 Pokémon, there are now a whopping 649 total Pokémon thriving in the hearts of fans old and new! Which of these Pocket Monsters are you? Are you a Hydreigon, Raichu, Zoroark, Ninjast, or Snorlax? There's only one way to find out - take this quiz!

What kind of person are you? Your answer will tell you which Pokemon you're most similar to. Because while they might be "pocket monsters," Pokemon all have human attributes. Don't have any idea? Well, if you want to know, take my quiz right now! (P.S.: I know the slogan is, "Gotta catch 'em all!" but unfortunately, I only had room for a few, so I hope you like my favorites.)

What starter Pokemon are you?

This is a random quiz I made for no reason, if you actually take it, don’t get triggered at me.

Which Legendary Pokemon would you be?

Which character from Pokemon the series Xy/Xyz are you?

Does your personality resemble one of the characters from Pokémon? Take this quiz to find out!

Which Pokémon are you?

Take this quiz to find out which Pokemon your personality is most like!