As you probably already knew, there's more to love about Shawn Mendes than the chart-topper's off-the-charts hotness! Despite all his success, the Canuck music wonderkid/heartthrob is just a nice, humble guy.
By the tender ago of 19, he'd already met QE II and Sir Elton John. No biggie: "She's just a regular lady," he told a RollingStone reporter about the queen after playing for her 92nd birthday celebration. (He didn't actually get to meet her, just was around her backstage.) And Mendes called John's face-to-face props for his music and stardom "surreal."
Instead of downplaying comparisons to his predecessor (Justin Bieber, of course), Mendes revels in them. He calls Bieber his main inspiration, saying that comparing the two "is the biggest compliment you could give me." And far from complaining about the intrusiveness of social media in his life, Mendes admits he'd "have no career" without it.
It's been a long time since Vine, of course. Fortunately for fans, Shawn Mendes is bigger than ever. Well, not literally, despite the fact he readily admits to eating "tons of carbs." (Whaaat? It's certainly not damaging those abs!) So how much do you know about this humble hottie? Can't get enough? Then this section is for you! Dig into our Shawn Mendes quizzes right here!

So every member of the #MendesArmy should know his 3rd self-titled album, but how well do you know the 2 first albums? This quiz contains 15 questions: 5 about his 1st album "Handwritten", the next 5 about his 2nd album "Illuminate " and finally 5 question about his 3rd album. Let's go! 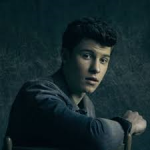 Are you a huge fan of Shawn Mendes? Find out by taking this quiz!

You will get lyrics from songs that are not as well known as his other songs for example stitches will NOT be one of the songs. This will also have some of his UNRELEASED songs. It will definitely quiz you on how well you know the lyrics. Are you part of the Mendes army? find out by taking this quiz

So this quiz contains 15 questions about the cutest singer on earth: Shawn Mendes.

In this quiz you have to guess which song is it based on the lyrics!

You think You know Shawn's lyrics? Take this quiz! 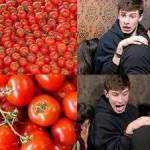 ONLY MENDES ARMY FANS TAKE THIS QUIZ, Got It?

Shawn Mendes is my everything.

How well do you know Shawn Mendes?

This will be a true or false test. And even I you don't get a perfect score don't worry your still part of the Mendes army:)

Are you a big fan of Shawn's music? IF yes, then this quiz is definitely for you! In this quiz you'll be given lyrics from his songs and you will have to identify the song.