Exactly three years to the date before The Beatles officially stunned the world with "I Wanna Hold Your Hand" on The Ed Sullivan Show, they played their first-ever public gig in their hometown (Liverpool, UK, of course). The place: The now-iconic Cavern Club. The payday: Five pounds sterling.
The rest, as they say, is history. There's not a lot to say about this legendary foursome that fans - and even non-superfans - don't already know. We're just thankful the Cavern Club bouncer relented and let George in wearing (gasp!) jeans. Otherwise, who knows what would have happened, and what awesome music the world might have missed out on?
Whether you're a Fab Four fan from way back or are just learning to dig their many classics now (because let's face it - The Beatles will ALWAYS be a big thing), try a few of our 55 Beatles quizzes in this section now.

Do you think you know the Beatles? Are you a real fan? Take this quiz to really see how much you know about that band that changed rock! 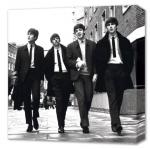 Are you obsessed with the Beatles?

So you like the Beatles, but are you obsessed with them? 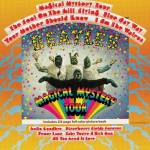 This game is simple. I will give you song lyrics from some songs by the Beatles and you have to guess what song these lyrics are from. If you understand the rules, then let’s get started!

The Hardest Beatles Quiz Ever

Hardest Beatles quiz ever. I couldn't find a hard enough one so I made one. Getting 3 is good Get 6 Great If somehow you get 8 you must be one of there children Now. If you get 100% then you are a Beatle

How Well do you know Beatles lyrics?

Beatlemania.. Are you a real fan? Test your knowledge

You've heard of the Beatles... they were this pretty popular band back in the sixties.. before most of us were born. If you were alive at the time or even if you like that old time Rock'n Roll, see how much you know about the Fab Four...

Are you a true Beatlemaniac?

There are many Beatles quizzes out there, and I don't know if this one is particularly good.

Welcome to the world of the Beatles! Find out if you're a Beatles fan, fanatic, or maniac!

You are a Beatles fan right? Prove it! This is an easy quiz for fans of The Beatles.

If you actually listen to their music then you should do alright.

autorenew
Mr. Moonlight (95818)
1690 days ago
So many of these quiz's are filled with typo's and WRONG answer's. Helter Skelter is about a carnival ride.
Phil (27027)
1781 days ago
I'm not going to do your quizzes if you mark my answers wrong when they are right. Ringo is the oldest Beatle, not John.
•1•